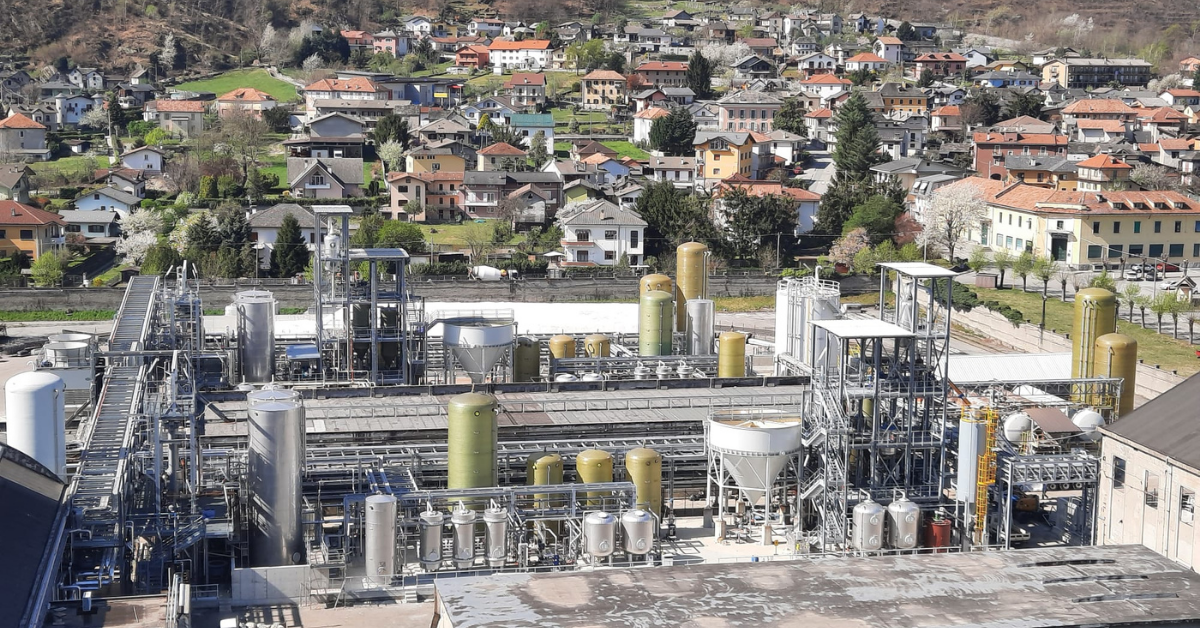 On April 15, 2021, the new plant for the production of chlorine and potassium hydroxide was started up in Pieve Vergonte, on the premises of Hydrochem Italia s.r.l. , part of Esseco Group’s Chlor-Alkali Division, led by Altair Chimica. With an annual production capacity of 25,000 tons of chlorine and 80,000 tons of potassium hydroxide in 50% aqueous solution, it significantly increase the presence of the Esseco Group in the chlor-alkali sector.

The new plant is part of the 45 million Euro industrial plan that the Esseco Group presented at the time of the acquisition, just two years ago, of Hydrochem Italia s.r.l. and its industrial site of Pieve Vergonte, originally established in 1915. A plan that not even the Covid-19 pandemic and the flood that hit the site area in October 2020 were able to stop and which included the following interventions:

These investments represent the relaunch of the site, where chlorine production was closed in December 2017 due to obsolescence and lack of compliancy with new European regulations, which had, among other things, banned the use of mercury in electrochemical cycles.

To date, all the investments originally included in the plan as per the above list have been completed – with the sole exception of the last one, which will start in the coming weeks.

The relaunch of this historic production site was possible in just two years, thanks to the joint commitment of the work teams of Altair Chimica and Hydrochem Italia, who actively collaborated to its success and whose first and foremost tangible result is having saved the jobs of the people linked to site’s activities, which faced an unavoidable closure before the acquisition took place – about one hundred families, without considering indirect jobs, who will be able to count on a peaceful working future: a result that fills the entire chlor-alkali division of the Esseco Group with pride and satisfaction.

With the start-up of the new plant, ESSECO GROUP’s Chlor-Alkali Division, which includes Altair Chimica and Altair Iberica, as well as Hydrochem Italia, continues to increase its importance in the European and world market of potassium derivatives, bypassing, in terms of installed production capacity, other continental competitors of much larger global dimensions – overall ranking third in the European Union, very close to the first two positions.

In qualitative terms, to be noted that the plant is at the forefront of quality standards globally for the purity of its output, in particular in terms of chlorates and chlorides, practically absent in the potassium hydroxide, the main output of the plant, – a feature that makes it ideally destined to all pharmaceutical and food applications, a goal that was aimed at right from the design stage of the project.

At the time of the acquisition, the Hydrochem site in Pieve Vergonte belonged to the I.C.I.G. (Industrial Chemical Investor Group), after having been part of the Belgian Tessenderlo Group and, before that, of the Eni group. In March 2019, the prior property had communicated to the Board of Directors of Hydrochem Italia its disengagement from the company, announcing its closure, given the impossibility of fulfilling the economic and financial obligations towards employees and suppliers.

A crisis table had therefore been opened at the Ministry of Economic Development, with the participation of workers and trade unions, which had led the Esseco Group to undertake an onerous plan for the industrial relaunch of the site, signing an agreement with the MISE, the Ministry del Lavoro, the mayor of Pieve Vergonte, the president of the province and the presidency of the Piedmont region, as well as with the trade unions and the board of directors of the company, on 28 March 2019, avoiding the closure of the site and the consequent loss of jobs for about a hundred of direct employees. 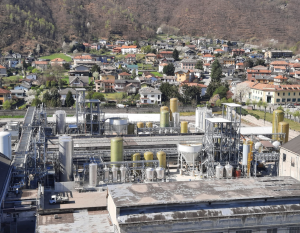 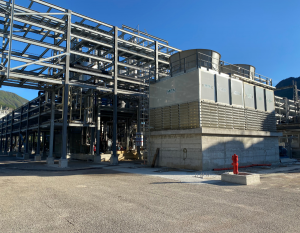 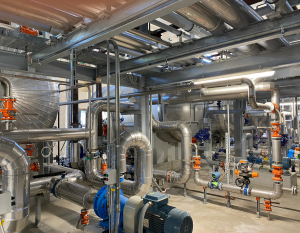 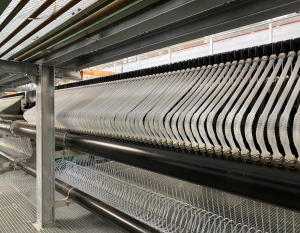 Hydrochem Italia is replacing 2 turbines of the Ceppo Morelli plant

An important maintenance project has been started in the hydroelectric power plant of Ceppo Morelli,…

At the beginning of November 2020, the new plant for the production of potassium hydroxide…