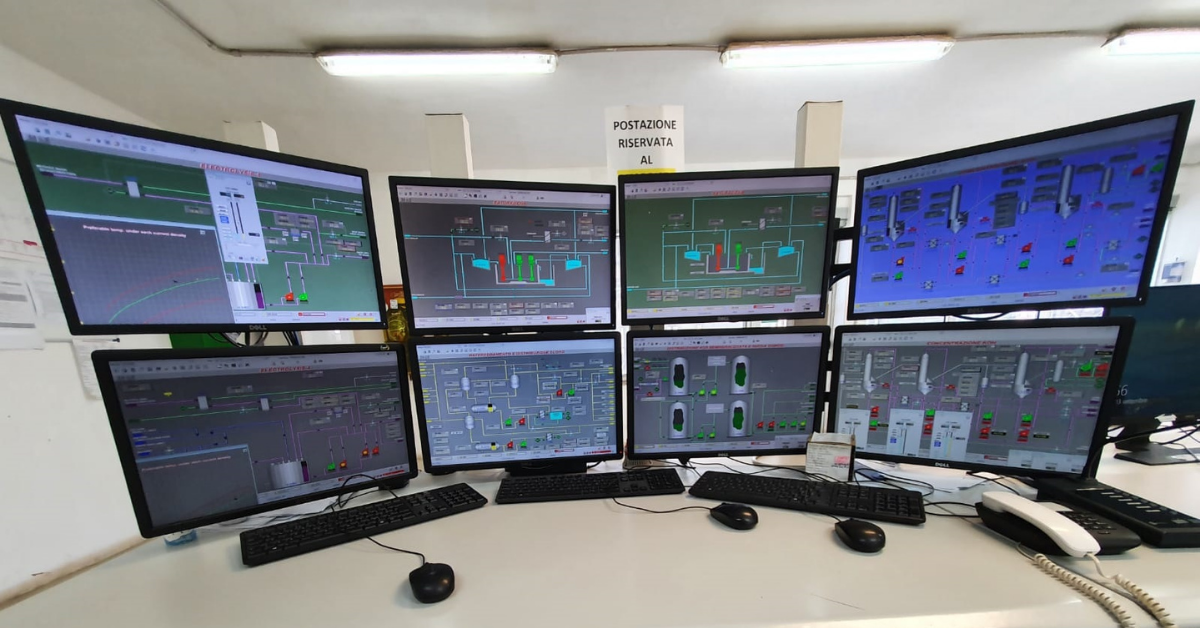 Altair Chimica’s GREEN FIELD PEAS project has been illustrated as a case study by two prestigious scientific journals: the American weekly magazine Industrial & Engineering Chemistry Research specialized in the chemical engineering sector for over 110 years, and the scientific blog ScienceDirect.com, active since 1997.

The over 20 million euros Green Field Peas project aimed to improve the operation management of the chemical plant in Saline di Volterra. It took place from 2018 to 2020 and the financing exceeding 4 million euros was provided by the Tuscany region.

In order achieve the objective of the project, the company created a real-time algorithm (RTO) capable to define how and when the different industrial plants needs to produce, starting from the data collected by the company database, such as customer orders, and the databases that analyze the change in the national energy cost.

The article focuses on the implementation of Control and Supervision of multiple production chains in the “4.0 Industry”. It consists in as a service system that allowed Altair Chimica to create the automatic system capable of interfacing all the information present in the DCS and in the company’s management system to make the best decisions in terms of productivity, energy consumption and to carry out operations with the highest possible degree of safety.

The complexity is due to the fact that the Altair Chimica plant presents a continuous production H24/7, 365 days/year, taking into account prime matter arriving at the plant and the delivering of the resulting products outside (the delivering is performed by big trucks/tanks 5 days a week, at the working hours).

• management of the parameters and of their variations to take the best compromised solution;
• actualization of the production plant status/prediction over time for computing the Optimized Production Planner several times per day;
• selection and adoption (put in production) of the Production Plan among the Possible Plans computed by exploiting a Decision Support (which computes and allows decision makers to take into account of KPIs computed on the basis of the Possible Plans, production parameters, status of the plant, orders, etc.). Please note that, each possible plan and thus also the Production Plan has to be feasible according to the plant capabilities. The planned production matter has to be delivered away from the storage plant otherwise the called transports may remain empty, or the opposite, an excess of produced matter, may block the production of the successive day(s) for the lack of safe storage.

But how did this complexity come to be managed? The “as a service system” used is Snap4industry and its engine is an algorithm based on a real time optimization methodology (RTO).

The American magazine, on the other hand, focused its study on RTO. This algorithm is capable of rapidly carrying out complex calculations when necessary. It plays a central role in a larger project framework devoted to highly interconnecting different network components of the Altair Chimica industrial site in Saline.

In particular the RTO strategy developed by respecting all the “4.0 Industry” paradigms, has made it possible to optimize all production, hydrogen consumption, energy consumption, chlorine production, by creating an automated and digitized system capable of taking optimal decisions.

Results of the study affirm that the RTO methodology used by Altair Chimica has effectively optimized the production rate of the different company departments thanks to its capability of relating different data autonomously: inventory, sales and forecast data. Furthermore, it is important to note that the proposed RTO algorithm allows Altair Chimica to face a major digital transformation toward a scenario in which the main industrial processes are online modeled, monitored, controlled, and optimized.

Conclusion
The study by I&EC and ScienceDirect.com describe a part of the much larger Altair Chimica project, which involved all the “4.0 Industry” principles, such predicting process, automation, digital-twin, IoT, big data and complex industrial analyzes.

In its offer of products and services, Altair Chimica has always taken into consideration its own values of process efficiency, energy saving, environmental sustainability and renewability: for this reason, being taken as a study model following the results achieved is a source of great satisfaction. 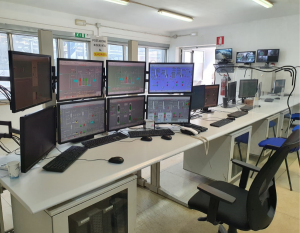 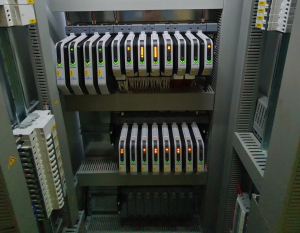 Altair Chimica is authorized for the production of caustic food soda

As part of the corporate strategy, aimed at providing increasingly specialized and high quality products,…

At the beginning of November 2020, the new plant for the production of potassium hydroxide…